Can Menopause Cause Personality Changes? 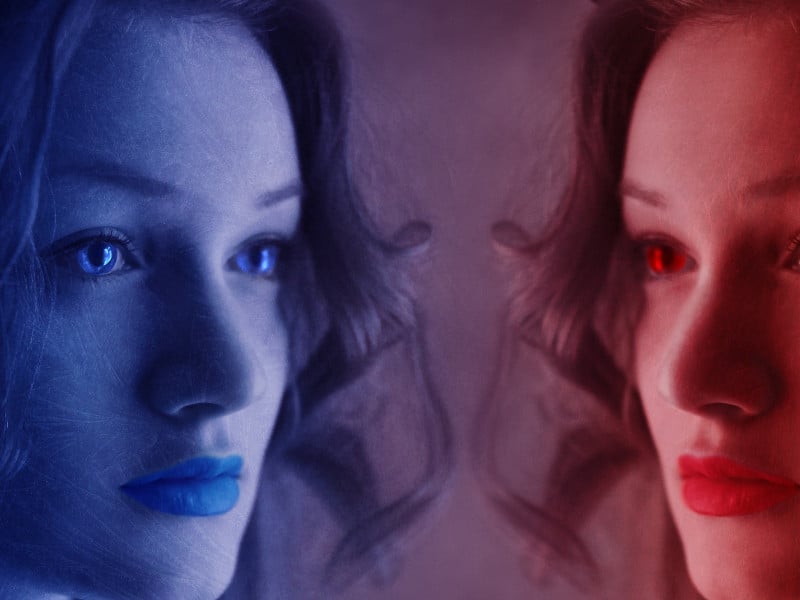 If you’re stuck in the middle of perimenopause or menopause – or your partner is – you may be asking yourself: “Can menopause cause personality changes?” Or you might be looking at yourself in the mirror and thinking: “Oh my god! Who is this person?”

The fact is that studies are beginning to show that there’s a lot more going on in a woman’s brain during perimenopause than previously thought. For instance, the repercussions of estrogen level fluctuations are felt all over the body, including the brain, because women have estrogen receptors everywhere.

Unfortunately, the media have traditionally kept this naturally occurring transition to post-menopause life under the covers. So it’s really hard to go through all of the physical, mental, and emotional changes that come with perimenopause if you haven’t read a lot about it or got the support you need.

And typically, when you hear about menopause, you hear about hot flashes, night sweats, no more periods, and mood swings. But you rarely hear anything about personality changes.

So, in this article, we’ll give you more clarity about what’s going on, and ease your mind.

Can Menopause Cause Personality Changes?

Personality changes can seem to happen during perimenopause and menopause, but they can also be easily confused with mood swings. So let’s start by defining what a personality change is and how it differs from a mood swing.

Mood is a temporary feeling or state of mind. Mood is different from an emotion because it tends to be more consistent and stable than a particular emotion.

The term mood swing describes rapidly and intensely fluctuating emotions. Mood swings are often described as a “roller coaster” of feelings from happiness to anger, from contentment to irritability, or even from joy to depression.

Personality, on the other hand, is the combination and interaction of your thoughts, feelings, and behaviors. The fundamental characteristics of personality include the fact that it is:

and also that it:

What’s going on, then?

It’s easy to think that someone going through menopausal mood swings has had a change in personality. But it’s not so.

For example, a woman who has historically been patient and kind may suddenly seem like she’s turned into a stark raving lunatic (of course she has! Her hormones are all over the place!). But these mood swings may not be permanent in nature. They will probably pass as her hormones settle down and not cause a change in personality.

There’s been very little research about whether or not menopause changes your personality, but researchers have pinpointed what’s happening to the brain during the menopausal transition (from two years before to two years following your last menstrual period). And that explains away most of what we think of as “personality changes.”

Let’s look at a few ideas.

A 2013 study followed more than 2,300 women over four years. When the women were premenopausal, they performed well on repeated tests of verbal memory, processing speed, and working memory. During the perimenopausal estrogen dip, they weren’t able to learn as well.

However, women who supplemented with estrogen before their last period had scores that went up, as did all the women post-menopause. The trouble is, memory problems can lead to anxiety which can increase brain fog!

Your brain changes during (peri)menopause.

It’s normal for both men and women to have tiny little strokes that aren’t clinically observable. These small changes in the insulation for neurons result in slowed-down thinking. Research has also shown that women who have more hot flashes had more ischemic changes than women who had fewer hot flashes.

Changes in your brain affect everything.

Menopause triggers mood swings, temper tantrums, and depression – or can make them worse if they’re pre-existing conditions. Many women feel like they’re going crazy or don’t feel like themselves. But it’s not personality change. Fluctuating estrogen levels during perimenopause directly affect the functioning of brain serotonin, cognitive function, and other systems, including insulin metabolism and cholesterol levels.

Low estrogen also affects sleep, causes hot flashes, and the night sweats that kill your libido and leave you with vaginal dryness. These make it tough to cope.

Of course, you’re going to feel irritable, intolerant, worrying about things you never used to worry about, stressing about everything, and being easily overwhelmed by social situations with many people. That’s natural, but it will probably pass with time. You’re still the same personality underneath!

But there are things that you can do to relieve these symptoms.

If you feel unstable or reactive, pause and think of five things you’re grateful for. This can help you get out of the mood-swing cycle.

Hot flashes, night sweats, anxiety, and depression caused by low estrogen levels can be treated with Bio-Identical Hormone Replacement Therapy to level out your estrogen. For women who cannot take estrogen, certain anti-depressants (SSRIs), acupuncture, and supplements may be helpful.

The answer is yes. Your temporary personality changes caused by menopausal symptoms rarely contribute to a harmonious relationship! But education, communication, and self-awareness – by everyone involved – can save relationships of all kinds. Here are a few things to keep in mind:

1 Having to share a bed when a woman has hot flashes and night sweats is very difficult. It’s okay for a woman to find a cool spot to recover, or for a partner to sleep elsewhere if sleep is being constantly interrupted. At least one of you will get a good night’s rest!

2 Mood swings, nagging, rage, and other emotional shifts can create a volatile atmosphere in the home. Both the woman and her loved ones need somewhere to vent and get support and understanding.

3 Loss of interest in sex may occur. Remember that intimacy is not just intercourse. A loving relationship can be nurtured by sharing personal private things, kissing, cuddling, or a good massage.

4 Good communication and adapting to changing needs are the keys to maintaining relationships during perimenopause and menopause.

5 For women who are single: Perimenopause may not be the best or easiest time to start a new relationship. Physical and emotional symptoms may not leave you looking or feeling your best. So this may be a good time to turn inward and focus on yourself rather than trying to add a romantic relationship.

Can Menopause Cause Permanent Personality Changes? No!

Thinking you’ve had a personality change? Feeling like you’ll never be the same person again?

You’re almost certainly just struggling with the symptoms of menopause. And we at Nava Health can help you discover your 100%, so that you know – once again – exactly who you are! Contact us for a consultation today!

Summary
Article Name
Can Menopause Cause Personality Changes?
Description
We explain the differences between mood and personality – and how during menopause it's more about changes in your brain rather than permanent personality changes. Plus what can be done to help you.