The Risks of Synthetic Hormones 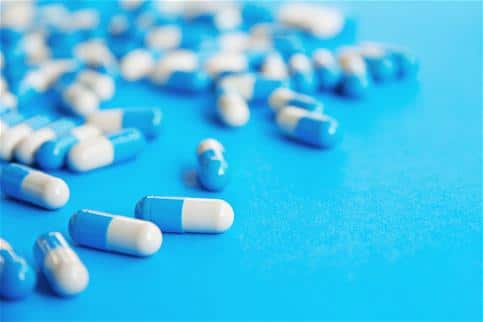 The Risks of Synthetic Hormones & Benefits of Bio-identical

There’s an important choice facing many consumers pursuing hormone therapy—bio-identical or synthetic? Bio-identical hormones are designed to match your body’s natural hormones exactly, unlike synthetic hormones that can have serious known side effects, including links to higher risk of certain cancers. With that, let’s look at the The Risks of Synthetic Hormones & Benefits of Bio-identical hormones.

When actress Angelina Jolie recently spoke out publicly about her personal battle with cancer, she announced that, as part of her plan, she turned to hormone therapy to address the menopausal side effects of her cancer treatment. According to Jolie, she’s using hormones not only to maintain her body’s hormonal balance but also to help “prevent uterine cancer” in the future. Thankfully, the hormones she’s using in her therapy are bio-identical and not synthetic.

Despite the potential risks of synthetic hormones, these drugs are continually marketed and advertised to consumers. Part of the reason is the pharmaceutical companies can patent synthetic hormones so it is in their best interest to market and sell those products if they can. Bio-identical hormones cannot be patented because they are exact matches of the natural hormones your body already produces.

In recent weeks, one synthetic hormone drug in particular has been making frequent appearances on the airwaves. It’s called Premarin®. And unfortunately it’s making a resurgence among women looking for relief from the effects of menopause by providing synthetic estrogen in the form of a pill. It’s also made using estrogen from the urine of pregnant mares (horses).

Premarin, distributed by a large pharmaceutical conglomerate, is just one of a group of synthetic hormones, including Duvaee®, Provera® and Prempro®, that are once again being heavily marketed to older women that are approaching, in the midst of, or have gone through menopause, despite their many potential health risks.

First marketed for menopause in 1942, Premarin tablets were certified by the FDA in 1972 for treating the effects of menopause. The drug became most popular in the 1990s. But in 2002, a widely publicized study by the Women’s Health Initiative (WHI) found that women taking synthetic hormones had a higher risk for several diseases, including breast cancer, blood clots, stroke, and dementia.

Among the more serious side effects listed for Premarin, as it’s currently marketed today, are mental or mood changes, including depression and memory loss, and breast lumps. The new TV ad itself offers a disclaimer that “estrogens may increase your chance of getting cancer of the uterus, strokes, blood clots, or dementia.”

Some time has passed since the influential 2002 WHI study, but new research from the same organization continues to shed important light on the risks of synthetic hormones. In fact, the organization’s February 2010 study showed that hormone therapy using a combination of synthetic progestin with estrogen confirmed short-term heart disease risks for postmenopausal women. A 2008 study from the journal Breast Cancer Research and Treatment found that women who used estrogen in combination with synthetic progestins had a 69 percent increased risk of breast cancer. And a 2005 investigation published in the International Journal of Cancer, found that women using estrogen combined with synthetic progestin had a 40 percent increased risk of breast cancer.

Why is bio-identical better?

When put to the test directly against synthetic hormones, bio-identical hormones were also found to be more effective in reducing long-term risks associated with heart, bone, and brain health, according to a January 2009 study published in the Postgraduate Medical Journal.

Many recent studies have shown that bio-identical hormone therapy specifically may even decrease the risk of heart disease and breast cancer—the very diseases that synthetic hormones have been shown to cause an increase risk. Both the 2008 Breast Cancer Research and Treatment study and the 2005 International Journal of Cancer study referenced above also found that women using estrogen combined with bio-identical progesterone showed no increased risk of breast cancer, as opposed to those using synthetic progestin. Both studies also found a trend toward a reduced risk of breast cancer overall for women using bio-identical hormones compared to women who had never used any hormone therapy at all.

According to an August 2012 study published by Contemporary OB/GYN Journal, bio-identical hormone therapy has been show to improve the quality of life in the long-term by increasing bone density and muscle mass specifically. In addition, the same study found that bio-identical hormones can substantially reduce the risk of Alzheimer’s disease and other causes of cognitive decline, as well as the risk of heart and blood vessel diseases, osteoporosis, insulin resistance, and more.

What you can do

Seek out a medical practitioner that specifically offers expertise in bio-identical hormone optimization techniques. These practitioners will be better versed in the differences between synthetic and bio-identical hormones as well as the different forms of application which can vary based on the needs and lifestyle of the individual. As a result, these physicians are able to offer a more complete, medically-sound perspective on hormones.

Finally, consider making an appointment to test your hormone levels so you can begin to optimize your wellness and find the treatment option that is going to work best for you. Contact us today