What are the Dangers of Concussions? 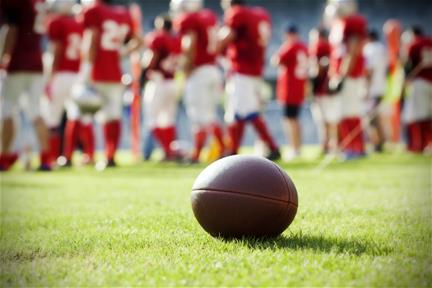 What are the Dangers of Concussions?

As the new school year approaches and the temperature cools, the crowd chants of fall sports will begin to fill the homes of neighborhoods nationwide. And while Football Sunday can seem like all fun and games from the couch, there’s another side to it that rarely gets the attention it deserves. With that, let’s ask “What are the Dangers of Concussions?”

Sports-related injuries such as brain-damaging concussions are incredibly more common than most people think, and not just among professional athletes but amateur and student athletes as well!

Depression. Memory Loss. Confusion. All are symptoms that concussion victims experience in their day-to-day lives. And former Football star Joe Namath was no different. After years of intense physical stress and damage through his career in professional football, Namath found he was experiencing severe symptoms as a result of concussions—and he isn’t alone.

Former 49ers lineman George Visger helped to shed light on how pervasive these brain damaging injuries can be in pro sports. And most recently, Chris Borland, another 49ers player, retired early from the sport, publicly citing the high risk of concussions and related injuries as his main reason.

But for former pros like Namath, and others that haven’t been able to prevent such injuries, many are finding relief through emerging new treatments like hyperbaric oxygen therapy.

Originally developed as a way to treat decompression sickness experienced by deep sea and scuba divers, hyperbaric oxygen therapy has since been adopted as treatment for issues including stroke recovery, fibromyalgia, post-surgery recovery, chronic fatigue syndrome, and more. By exposing the body to air pressure that is typically two or three times higher than normal atmospheric pressure, the amount of oxygen delivered to the body’s tissues increases, promoting increased blood flow and healing.

After 120 trips to the chamber as part of his treatment, Namath saw an amazing improvement in brain function across the board. And to those familiar with the therapy, this comes as no surprise. One recent study showed that oxygen rich air can greatly reverse severe brain damage.

And while hyperbaric oxygen therapy is a key to the successful recovery from concussions and similar issues, using the therapy together with other proven complementary therapies can result in an integrative amplified effect, with the potential for a faster, stronger, more effective recovery. Learn more, contact us today.