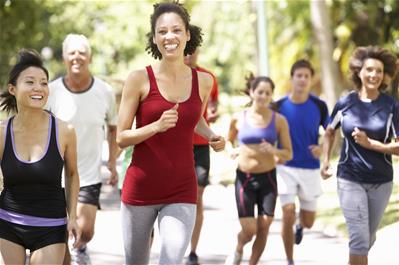 These days, the sheer number of hormone therapy (HT) options can be overwhelming. With growing concern over conventional synthetic hormones, natural estrogen replacement therapy, also known as bio-identical hormone therapy (BHRT), has emerged as a popular choice for women seeking to manage symptoms of natural remedies for menopause and perimenopause. So, let’s take quick look back at the roots of natural therapies and examine how natural estrogen replacement therapy measures up to other hormone therapy options.

As early as the 1950’s, patentable synthetic hormones came into play and quickly grew in popularity. That is, until the release of results from the 2002 Women’s Health Initiative (WHI) study. The study showed that synthetic hormones put women at increased risk of numerous serious conditions.

Patients and physicians all around the globe began looking for safer alternatives. Natural hormone replacement therapies were increasingly being studied as a possible menopause treatment option. Scientists began to take a second look at these natural therapies to identify any similar risks to those identified in the WHI study. An emerging body of research is showing that natural hormone replacement therapies don’t cause the same negative results. The European Menopause Society has published extensively on BHRT as a natural remedy for menopause.

But what makes a therapy ‘natural’? Well, natural therapies are composed of bio-identical hormones, which, as the name suggests, are a perfect chemical match to those found in humans. That’s because they’re naturally occurring and typically come from plant sources. By contrast, conventional therapies tend to be highly synthesized and are do not fit the body’s receptors like a bio-identical, or natural, hormone. For information on bio-identical hormones read more here.

Why Try Estrogen Replacement Therapy as a Natural Remedy For Menopause?

Estrogen and progesterone are the two essential hormones produced by the ovaries. Estrogen’s primary purpose during reproductive years is to thicken the lining of the uterus in preparation for a fertilized egg. But this isn’t its only role. It’s also critical to bone health (through calcium regulation), cholesterol regulation and the healthy development of various bodily tissues.

Progesterone on the other hand is primarily responsible for shedding this lining during menstruation. By keeping the lining thin, progesterone also plays an important role in reducing the risk of endometrial cancer.

Stepping outside the reproductive arena for a moment, natural estrogen replacement therapy has other applications too. The endocrine system, which manages the body’s overall hormone production, uses complex feedback loops to regulate a myriad of bodily functions. Estrogen, a hormone in itself, plays a critical role in the function of this system. It’s important to understand that the entire body benefits from optimal estrogen levels, which can be restored with natural estrogen replacement therapy.

Why Natural Remedies For Menopause?

The shift back to natural forms of hormone therapy for menopause comes with several advantages. First and foremost, the body more easily metabolizes natural hormones. Since these hormones are bio-identical, the body comes pre-equipped to easily absorb them. With natural estrogen, this ultimately translates to better and more effective menopause treatment.

Another marked advantage of natural estrogen replacement therapy as a menopause treatment is the ability to personalize doses. Estrogen levels can vary widely from one person to the next. The conventional one-size-fits-all approach to estrogen replacement leaves much to be desired; with hormone levels and ratios typically administered in rough quantities. Using such an approach, patients can often expect partial symptom relief at best. By supplementing estrogen levels with specific doses through estrogen replacement therapy, physicians can more accurately target hormone imbalances in their patients. It’s a win-win.